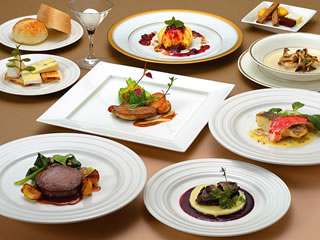 Fusion cuisine is cuisine that combines elements of different culinary traditions. French Fusion is a combination of traditional French cuisine and  a variety of other cuisines such as Japanese, Italian and North American. Some of the most well known fusion cuisine combines European and Asian foods.
Fusion cuisine finds its roots in the 1970s when Nouvelle Cuisine surfaced in France. Nouvelle Cuisine combined elements of French and mainly Japanese cooking (Sokolov, 1992). As Nouvelle Cuisine’s popularity reached other countries, it started combining French cuisine with each country’s own local cuisine. 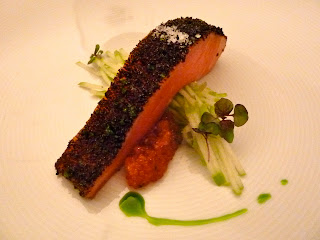 The majority of fusion culinary experiments turn out wonderfully, but sometimes some do not. It is part of the joy of experimentation for chefs. That is what is exciting about fusion cuisine, the experiment, the invention of new dishes from blending two or more recipes into a brand new one.
The best fusion cuisine uses ingredients and various cooking techniques that work well together.
French fusion chefs take recipes from around the world, change them using French cooking techniques and create uniquely French recipes with just enough “je ne sais quoi” from other cultures. This makes food aficionados stop after the first bite and say “WOW!” You get an explosion of flavour prepared in a refined way. The butter reductions, the sauces, creams, pastries burst with new spices and ingredients never before combined but that still remain French. 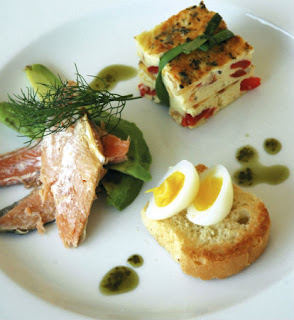 The Edmonton region has many fusion restaurants, including several French fusion restaurants. Sherwood Park has one of the best in the region, Café de Ville.  Chef Paul Campbell’s creative culinary talent in Café de Ville’s kitchen is magical. His French fusion dishes are a gustatory delight that guarantee you will be returning time and time again.
Cravings’ next Culinary Adventure Dinner is a French Fusion Adventure exclusively prepared for us by Chef Paul Campbell at Sherwood Park’s Café de Ville.
To purchase tickets to this limited seating dinner, please click on French Fusion Adventure Dinner.
References:


·         Sokolov, Raymond. Why We Eat What We Eat: How the Encounter between the New World and the Old Changed the Way Everyone on the Planet Eats. New York: Summit, 1991.

Comments welcome! To ensure that only appropriate and respectful comments are posted, we will be moderating all comments before posting them. Thank you for understanding! You can also visit our website at spCravings.com or contact us at info@spCravings.com